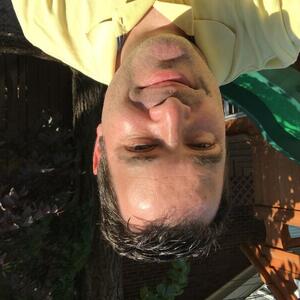 WARREN BLOOM (Theater) has been a musical director, sound designer and pit musician at Usdan for 18 (non-consecutive) summers since 1998.  After directing various professional a-cappella groups including Hyannis Sound (Cape Cod) and Minimum Wage (off-Broadway), and spending a year as a composer in the BMI Musical Theater Workshop, he began teaching music in the NYC DOE in 2002, and is currently at P.S. 8 in Brooklyn.  He is also a voiceover artist, music copyist, live sound engineer, pinball wizard and self-taught LEGO organizer.  He regrets not being a camper at Usdan, despite growing up nearby in East Meadow and Woodbury.  He currently lives in the dead-center of Brooklyn with his wife, his two kids and a sibling pair of cats. He holds a B.A. from Brandeis Univ. in music, a M.M. from the Univ. of Miami Frost School of Music in media writing & production, and a M.A. from CUNY Hunter College in music ed.