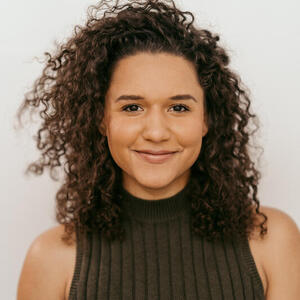 Johanna Taylor is a performing and teaching artist. She is a Long Island native and grew up dancing locally. Johanna is a graduate of both the Long Island High School for the Arts and the University at Buffalo, where she obtained her BFA in Dance. When the pandemic hit, she was on the road performing in the Broadway National Tour of A Bronx Tale. She has also had the pleasure of performing in regional theater productions directed and choreographed by Emmy Award Winner Al Blackstone and legendary Fosse veteran Lloyd Culbreath. In addition to dance and theater, Johanna also teaches yoga. She completed her 200 hour yoga teacher training with Awakened Spirit Yoga. This will be her second year at Usdan!