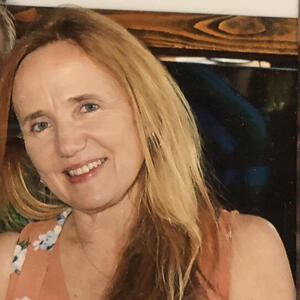 Carolyn began in Usdan’s Theater Department in the summer of 1997. She had a few gap years when her children were young and returned in 2013 making this her 16th summer. During the year she is a NY based teaching artist, director and performer. She brings her love of theater to students throughout Long Island and Brooklyn directing school musicals and incorporating theater arts into class curriculums. Carolyn began her theater education at Brooklyn College and then studied arts administration at NYU. This eventually led her to acceptance in the professional acting program with the British American Drama Academy in Oxford, UK. She has toured the US with the National Theatre for the Performing Arts and has appeared in numerous east coast, regional, and Off-Off Broadway productions. Carolyn is the proud mom of two teenage girls who loved taking classes in Usdan’s Dance Department.