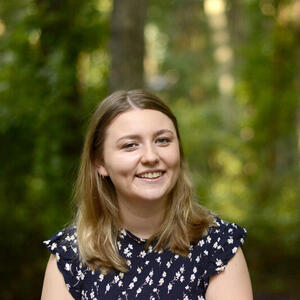 Stella Shepherd is originally from London, United Kingdom. She moved to New York to study Musical Theater and graduated from The New School with a BFA in Musical Theater and Liberal Arts. Prior to working at Usdan, Stella worked at a few non-profit Off-Broadway Theater Companies in their Fundraising departments. At Usdan she is the Donor Relations Coordinator and loves visiting the studios in the summer whenever possible.