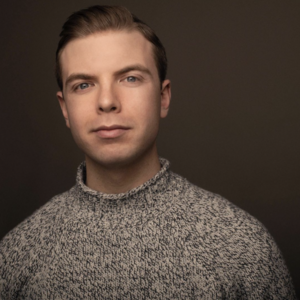 Spencer Glass began his Usdan journey as a camper in 2002 where he was Harold Hill in THE MUSIC MAN. 2022 will be his second summer coming to camp in the theatre department! Spencer is thrilled to be directing one of the most beloved musicals, CRAZY FOR YOU, this summer at his favorite place in the entire world. When he's not at Usdan, Spencer is a full time Middle School Theatre Teacher, as well as a news correspondent for BroadwayWorld.com where he has his own series, TEN MINUTE TIDBITS, where he interviews Broadway stars. Spencer also has his own coaching business for actors. He has a BFA in Musical Theatre from THE BOSTON CONSERVATORY, and is currently pursuing an M.A. in Theatre Education at Adelphi University. Fun fact- Spencer puts hot sauce on basically everything!