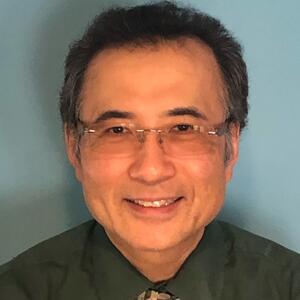 Dr. Kageki Nagao has been working at Usdan as a double bass lead teacher and a chamber music coach since 2008.  He has been a director of junior orchestras since 2014.  During the school year, Kageki directs the string department of Long Island Lutheran Middle & High School.  Graduated from Juilliard School and Stony Brook University, Kageki is active as a soloist, orchestra and chamber musician.  Kageki was chosen by Leonard Bernstein to serve as principal bass for the Schleswig- Holstein Festival Orchestra.  Recently, Kageki appeared as a member of the Strauss Symphony of America, which played in venues such as the Kimmel Center for the Performing Arts in Philadelphia and David Geffen Hall in Lincoln Center, NYC.  As a conductor, Kageki led the SCMEA Division III East Festival Orchestra in March 2018.  Kageki lives with his wife Jeanine and 7 critters.  He is also a fanatic Loch Ness Monster hunter.