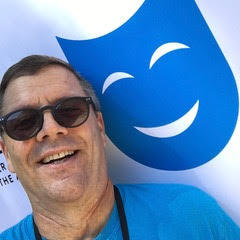 Jim Incorvaia is a producer, actor, director and theater adminstrator who has been a member of Usdan’s Theater faculty since the summer of 1991.  As Theater chairperson, Jim plans and oversees the camp’s summer theatrical season. He works to ensure all our theater students experience what some former campers describe as “the marriage of summer stock and day camp.” After thirty summer seasons, Jim has produced more than two hundred Usdan shows. He has directed a number of events for the camp including the 50th Anniversary Gala concert and Usdan's recent live virtual programs “Under The Lights” and "Usdan Happy Hours.” Jim is the founder of the consultancy group, On Stage Strategies.