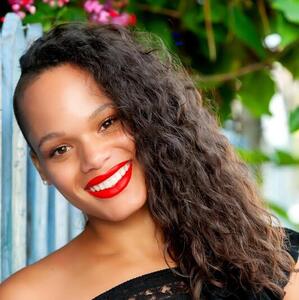 A proud native of Long Island, New York, Jacqueline was introduced to dance at the tender age of seven. She became well versed in all styles including but not limited to ballet, modern, jazz, latin, tap, and hip hop. She graduated from Montclair State University with a Bachelor of Arts in Dance Education. Jacqueline appeared on Spike Lee’s She’s Gotta Have It NetLlix series, The Tonight Show with Jimmy Fallon, Good Morning America, and Live with Kelly and Ryan. Some of her credits include performing with Cardi B, Demi Lovato, Rita Ora, and G-Eazy. She has been able to share her expertise at dance competitions as an adjudicator. She was in the Orange Public School District in New Jersey as a K-12 Dance Teacher. Jacqueline began teaching at Usdan in 2017, and as a lover of nature is thrilled to spend yet another year dancing the summer away.