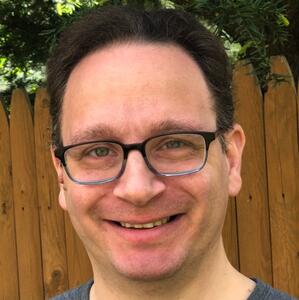 Dan has been at Usdan since the summer of 2003. During this time he dedicated his time to the Theater department building sets and props, running lighting and sound, working stage crew, and teaching students. Dan has been working as an Actor, Director, and Performer for the past 35 years. His philosophy in performing is based on a combination of Stanislavski and Meisner methods of approaching characters and performance. Dan holds A.A. in Acting from NCC and a B.F.A in Acting, Directing, and Technical theater from Binghamton University. During the school year Dan works as a teacher in the Sachem Central School District. His 3 biggest comic influences are Buster Keaton, Gene Wilder, and Andy Kaufman.