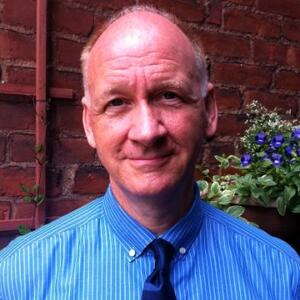 Conducting credits include productions at the Joseph Papp Public Theatre, Classic Stage Company, Williamstown Theatre Festival, Syracuse Stage, and the Huntington Theatre of Boston. As a composer, his work has been heard at the Sundance Theatre Lab, the O’Neill Music-Theatre Conference, Playwrights Horizons, the Curtis Institute of Music, and the Opera Company of Philadelphia.

He holds an MA in American Studies from The Graduate Center of the City University of New York where he studied music and theatre history with Marvin Carlson, David Savran and Jeffrey Taylor, his thesis focusing on John Brougham and the development of the musical burlesque in mid-nineteenth century America.

Christopher join Usdan's faculty in 2013. Favorite Usdan moments include productions of 70, Girls, 70 (about misbehaving senior citizens) and Heathers (about misbehaving high school students), as well as collaborating with scores of student singers in preparing their performances for the Last Day Cabaret, a Usdan camp tradition.